Join us for this family-friendly performance at the Camden Opera House on Friday, June 7 at 10:00 a.m.  This year’s Spring Revels is a tribute to the power of creativity as children and teens in grades 1–7 take to the stage with songs, poetry, skits, dancing, tumbling, and surprises. In an hour of fast-paced entertainment, performers introduce the audience to such characters as the bulgy-eyed Jabberwock, battle-weary King Bruce, a blackbird who’s lost her beak, and a complacent caterpillar who has no idea what’s in store for her. As always, the middle school chorus and string ensemble will be a highlight of the performance, with this year’s offerings to include a composition created by the young ensemble.

In a special tribute, “Spring Revels: Imagine” celebrates the 100th anniversary of the founding of Waldorf education, a worldwide movement of more than 1,200 schools whose mission is to protect and nurture childhood, respect the dignity of each human being in every encounter, embrace diversity and practice inclusion, develop capacities to meet an ever-changing world, cultivate empathy and concern for others, and inspire a strong sense of self. 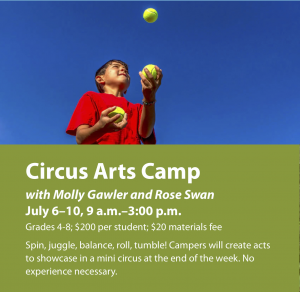 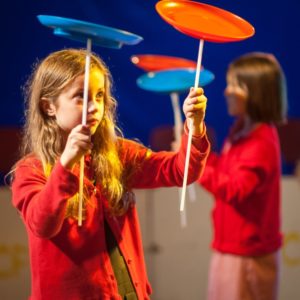