Waldorf schools are independent schools, which are designed to educate all children, regardless of their cultural or religious backgrounds. The pedagogical method is comprehensive, and, as part of its task, seeks to bring recognition and understanding to all world cultures or and religions. The Waldorf School, founded in 1919 by Rudolf Steiner, is not affiliated with any religion.

Waldorf schools are committed to developing the human potential of each child to its fullest. Admission to the schools is open to everyone, without regard to race, physical ability, gender identity, sexual orientation, creed, religion, national origin, or ethnicity. In company with many other tuition-based independent schools, Waldorf schools are actively seeking ways to increase the economic and ethnic diversity of their student populations.

It is a fundamental goal of our education to bring students to an understanding and experience of the common humanity of all the world’s peoples, transcending the stereotypes, prejudices, and divisive barriers of classification by gender, race and nationality. We most emphatically reject racism, and all other forms of discrimination, in all its forms and embrace the principles of common humanity expressed by the founder of Waldorf education, Rudolf Steiner: “[We] must cast aside the division into races. [We] must seek to unite people of all races and nations, and to bridge the divisions and differences between various groups of people.” 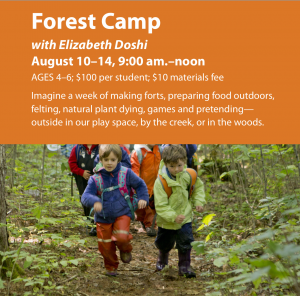